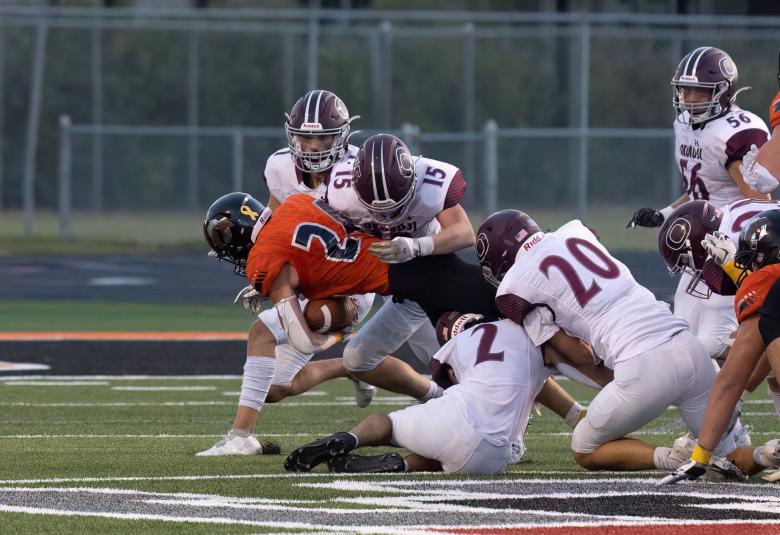 Okoboji played well but, ultimately, fell short in its first game of district play Friday night in Sheldon. The Pioneers fell 18-0 to the Orabs.

After a scoreless first quarter, Sheldon hit pay dirt in the second to take a 6-0 lead at the half. The Orabs tacked on a field goal in the third quarter to lead 9-0 before scoring nine in the fourth to put the game out of reach.