What lies beneath: Gardner site mapped for upcoming state dig 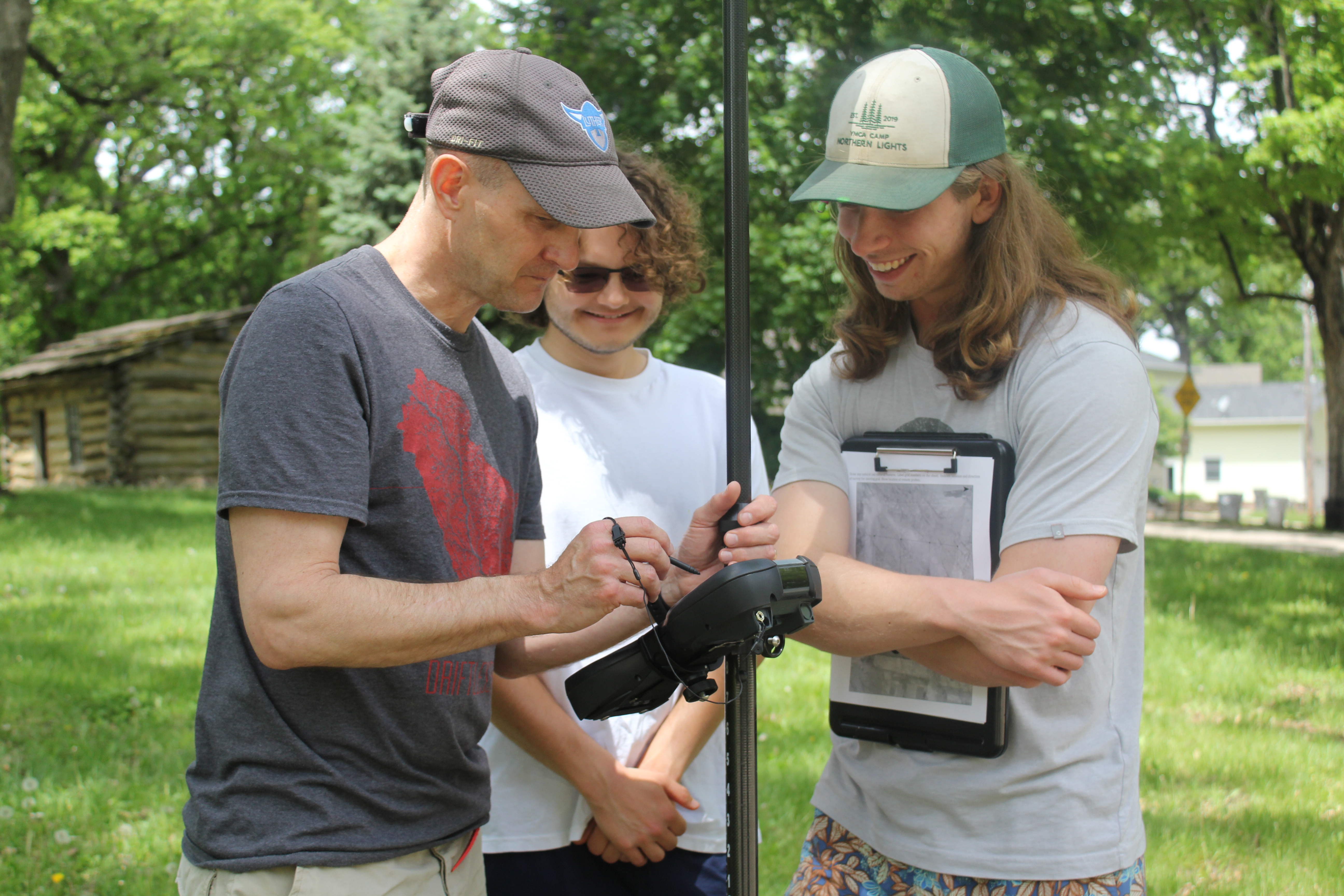 Before improvements are made to the Gardner Cabin Museum in Arnolds Park, organizers want to see whether there are any historical artifacts buried on the lot. And, before they can do that, they need to know where to look.

A small team from Luther College in Decorah arrived last week to gather data others will use during a planned field study on the site later this month. Organizers with the Friends of the Abbie Gardner Cabin Historic Site group previously said the cabin is overdue for an analysis and necessary care.

"It needs some TLC and we hope to come up with a plan to enhance the museum and stop some of the weathering," said Tim Kinnetz, president of the nonprofit Spirit of Okoboji, which is partnering with the friends group.

John Doershuk, state archaeologist, plans to lead the upcoming field study. He said no formal archaeological work has been done on the Gardner cabin site, and being the first group to do so will make for an exciting opportunity from his perspective.

The property was part of a pioneer claim staked by the Gardner family at a time when settlers were just starting to move into northwest Iowa. Nearly every member of the Gardner family was killed by the Sioux war chief Inkpaduta and his band just eight months after arriving on the shores of West Lake Okoboji. The museum's founder, Abbie Gardner Sharp — then only 13-years-old — was one of four women taken captive during the attacks. And she would be one of only two women who survived long enough to be ransomed.

She later returned to the Lakes Area in 1891 to establish her family's former pioneer cabin as a museum and tourist attraction.
Doershuk and a group from Iowa Lakeside Laboratories plan to begin digging on the property June 20. The state archaeologist hopes to uncover evidence that can shed light on the various layers of history which took place on the site — possibly anything from relatively modern times to items from thousands of years before the infamous violence which took place there.

"Given that this hasn't been a plowed landscape and given that we have the differential here — there's still height here and it's dropping off — it suggests that even though they might have made adjustments for the parking lot and where the building is, this landscape may be very much like it was 1,000, 2,000, 3,000 years ago, which is pretty exciting," Doershuk said.

A POINT IN TIME

Humans first entered what is now Iowa toward the end of the Pleistocene period — often called the ice age — according to Doershuk. Many locals are aware of how the slow grinding of glaciers carved out the local chain of lakes and made West Lake Okoboji the deepest natural lake in the state. Doershuk said, after areas of the state became free of the ice formations, they would have largely remained open for use by early humans.

"This area, oddly enough, became ice-free before say central parts of Iowa, just because of the nature of where the last pieces of ice were," Doershuk said. "So there's potential for things here that could be 10,000, 11,000 or 12,000 years old in this part of the state."

The native peoples developed over a number of archeological periods before encountering European settlers, according to Doershuk. He said the Lakes Area was largely considered to be the Dakota people's territory around that time, which he believes likely contributed to Inkpaduta's band taking such offense to the construction of six cabins along the lakeshores. In addition, the warchief's brother — or possibly his half-brother or blood brother, depending on the account — had been murdered by a settler named Henry Lott a few years prior, and the culprit was never brought to justice by local authorities. Lott's own brother-in-law would later deem him the "direct cause of the Spirit Lake Massacre."

Inkpaduta's band began moving in January of 1857, during an especially harsh winter which left supplies and food in short supply for native and settler alike. They eventually headed toward Okoboji, where about 30 settlers — men, women and children — were killed during a series of raids, before attacking a settlement near modern day Jackson, Minnesota, and heading west into the Dakotas.

Some 80 days after her family was killed, Gardner was ransomed by native agents sent from Minnesota. She would publish her account of the events in 1885 and go on to use her earnings from the book's sale to purchase her former home and establish the museum.

Doershuk said, in the decades before Gardner's return to the Lakes Area, frontier life had begun to fade from the public's collective memory, and earlier accounts of the attacks painted the natives as out-of-control killers. Doershuk said Gardner's decision to open the museum helped educate a new generation through first-hand accounts.

"This place obviously is an anchor for some of those memories, and I think it's important that we not let that go — that we do understand our history in that nuanced way," Doershuk said. "There was a rationale and a reason for why they did those actions. Those people went off the deep end and did things they shouldn't have done, but it didn't come out of the blue. It wasn't because they were crazed or savage. It was because there was a whole history that then continues after this place."

Doershuk said, with the ground on the Gardner lot largely undisturbed, he hopes any buried artifacts his team may find will be layered on top of one another, providing a better understanding of what may have taken place on the site during particular periods. He and his team will use the data collected by Betts and his students last week to focus their efforts when it comes time to begin digging.

The Gardner Cabin Museum sits on a lot a little smaller than an acre, and Doershuk said he expects digging will take place on only a fraction of the property — likely a total of about 20 square-meters.

"These things that Colin can bring to bear are not magic, but they do yield results," Doershuk said.

Betts explained Wednesday his team would be looking for anomalies in the soil which might indicate an area of possible interest for Doershuk's team.

"If people bring in rocks, if people move dirt around, dig holes — whatever — it's going to cause property changes in the soil," Betts said.

He and his team marked grid points on the Gardner lot before sweeping equipment across the grass row by row. The team's readings will be coupled with GPS points to help the dig team pinpoint exactly where they should try digging.

Some of Betts' instruments recorded changes in the ground's magnetic properties — a possible indication of previous burning. Other equipment measured changes in the soil's ability to conduct electricity — possible evidence of previous digging or buried objects. The visiting Luther team was also capable of using ground-penetrating radar to search for areas of interest.

Betts said some of the data collected would be available for the dig team shortly after last week's work was complete, but other data would take more time to prepare. He said there are a number of variables in gathering the data, and sometimes a potentially interesting blip can yield mundane results or vice versa.
Doershuk noted Gardner's 1891 purchase of the cabin and its sale to the state of Iowa in 1941 helped preserve local history, and he indicated this year's studies and plans are the latest step in enriching the story of what happened all those years ago.

"And for the first time, what can archaeology enrich the story with? So we'll see," Doershuk said. "I hope there's something.” 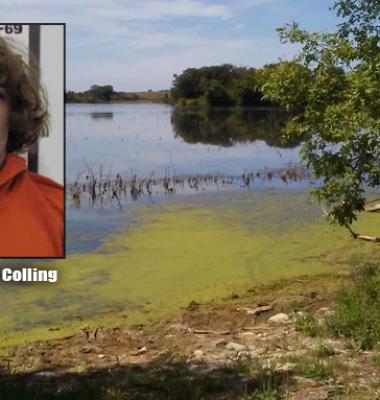 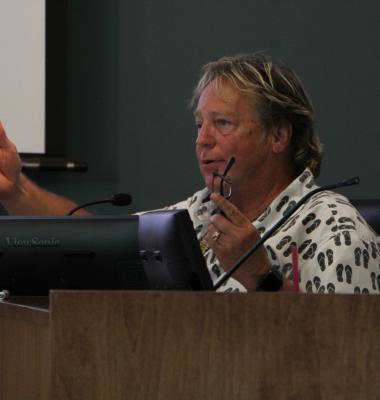 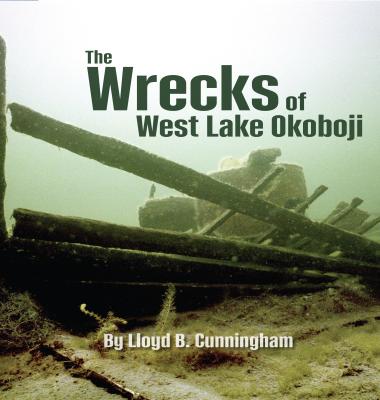 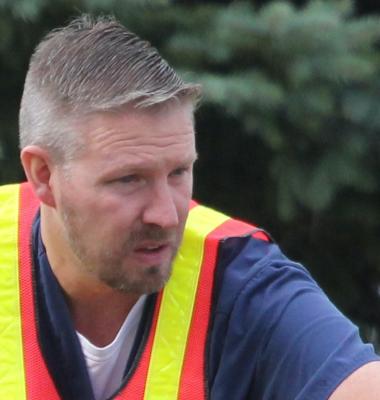 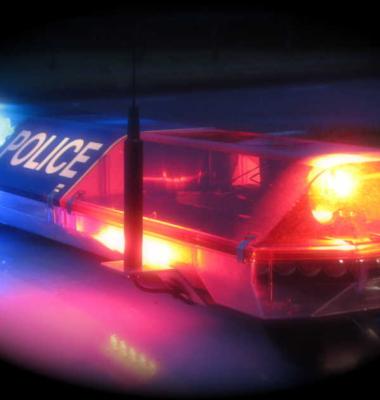 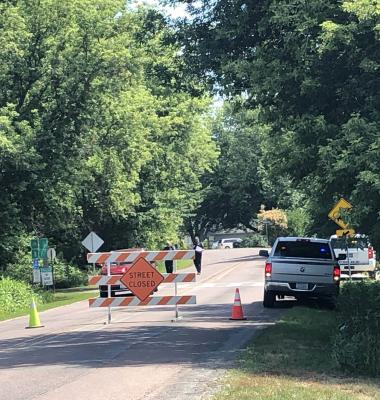