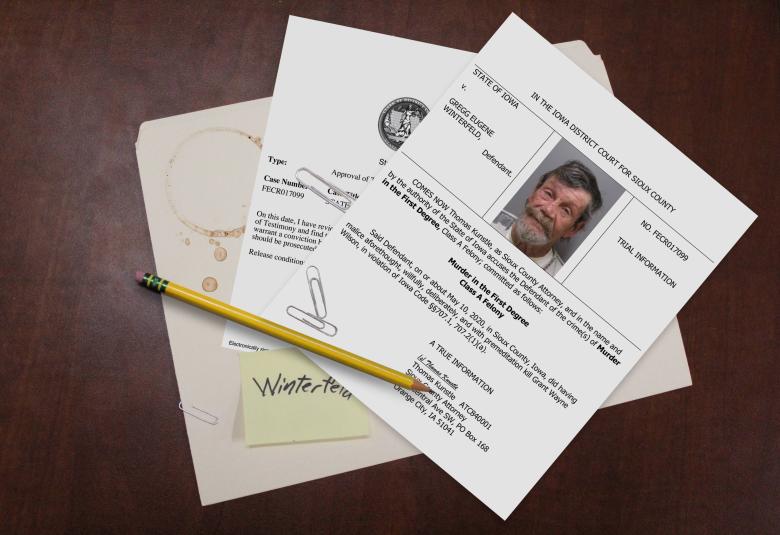 A Spirit Lake man accused of committing murder in rural Ireton had hoped charges would be dismissed after a new trial was granted in June. However, a jury of his peers found 71-year-old Gregg Eugene Winterfeld guilty of second-degree murder after deliberations this month. The jury chosen for Winterfeld's initial trial in April came to the same conclusion.