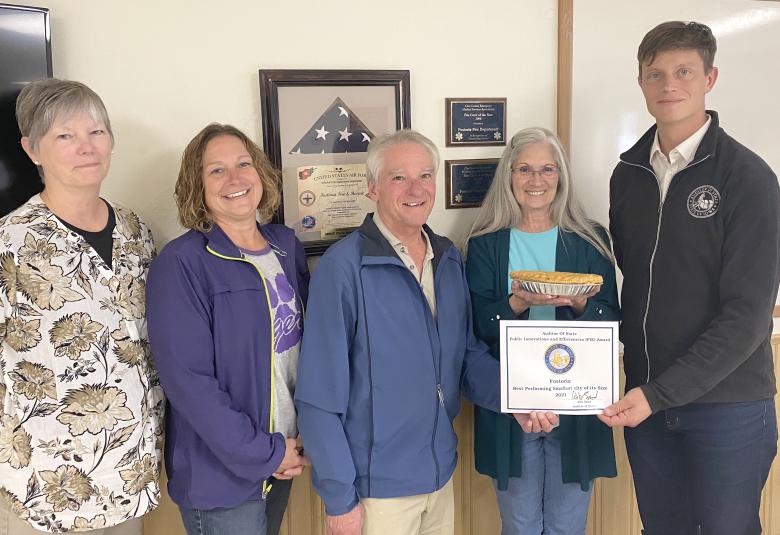 State Auditor Rob Sand hand-delivered a pie to the city of Fostoria and the leaders of the Sioux Central Community School District Friday afternoon in recognition of their Public Innovations and Efficiencies — or PIE — Award.