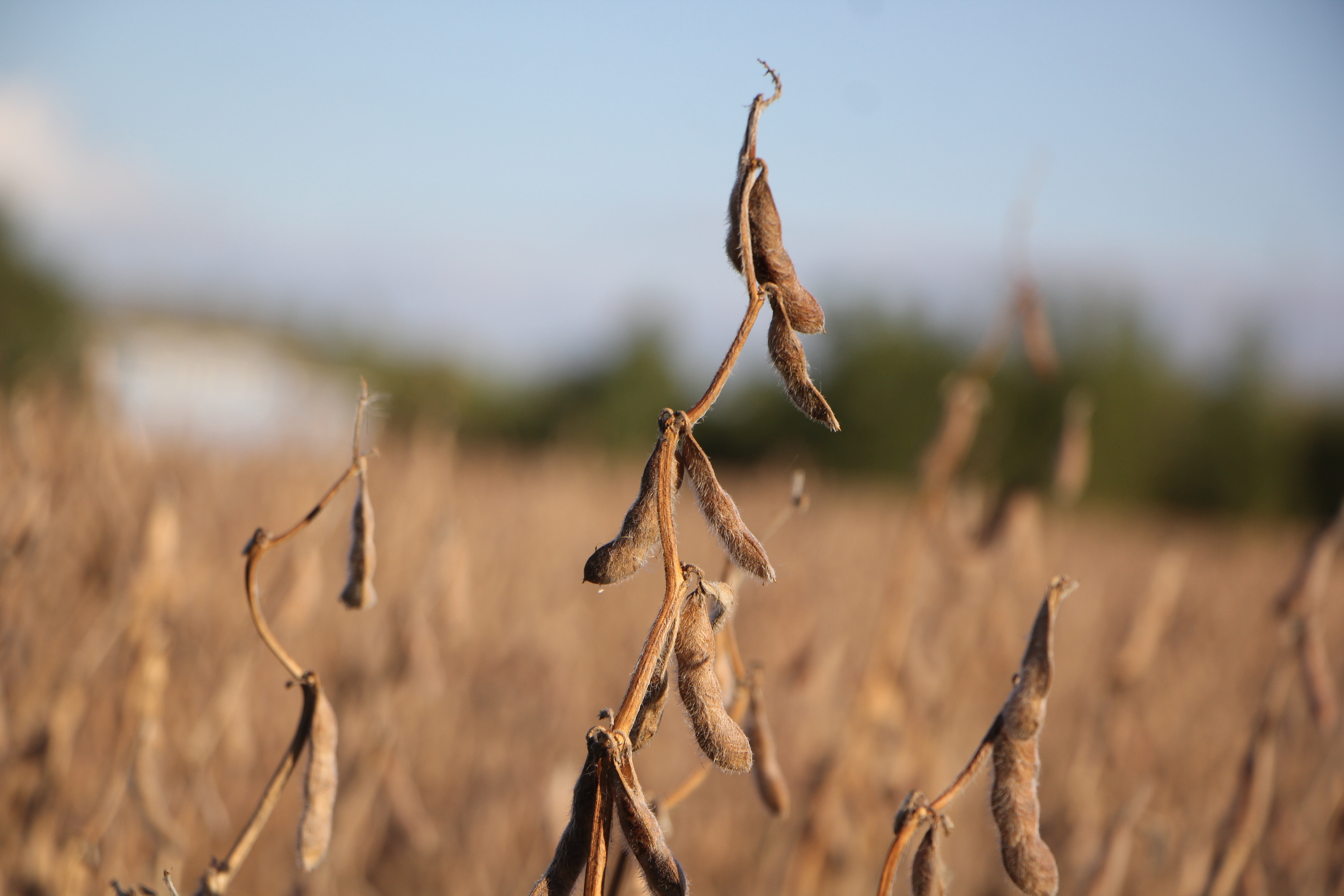 Many a farm field in the Lakes Area has been reduced to stalky stubble in recent weeks as producers continue the season's harvest.

"The bean harvest seemed like it went a little slower than normal due to the weather conditions that we had, but it looks like they've kind of cleared those beans fields off pretty recently," said Gentry Sorenson, a field agronomist for the regional Iowa State University Extension and Outreach offices. "They've moved on to corn since then."

About 46 percent of northwest Iowa's corn grain has been harvested, according to a Monday report from the U.S. Department of Agriculture. A little more than half the state's corn was reported to be in good condition, with more than another quarter in fair condition — about 12 percent was deemed excellent. Northwest Iowa's soybean harvest was at 80 percent as of Monday's report. About 68 percent was either fair or good, but 23 percent was labeled poor on Monday's report.

Sorenson said soybeans were a bit more popular during spring planting this year compared to the past, but corn continues to be king in Iowa. However, some yields during the fall harvest have been somewhat scattershot, according to Sorenson.

"It's fairly dry up in the Dickinson County area, so if a producer got an adequate amount of rain, yields are pretty good," Sorenson said. "As far as beans, that late August rain did help quite a bit with the bean yields. The corn is kind of all over the board. If the soil was able to retain some moisture — if it got some timely rains — yields are OK, but if they didn't get those timely rains, they're kind of suffering. It's extremely variable right now, and they're variable within the fields themselves too."

Sorenson said dry conditions earlier in the growing season played into the situation as well.

"The lack of rainfall in July definitely had an effect upon yields and the whole season in general," he said. "We have got some more rains that have replenished soil moisture here recently, so that moisture we're getting now, or even a few weeks ago through the winter time, will replenish the soil moisture for next year. Anything we get in that aspect will help."

The USDA said multiple low pressure systems recently brought rainfall to fields across Iowa, boosting soil moisture to near-normal if not wetter-than-average levels. Monday's report said subsoil and topsoil moisture in northwest Iowa were largely adequate, and the northwest Iowa's topsoil was reported as the wettest in the state with 4 percent surplus moisture. The report said "unseasonably warm temperatures also remained across Iowa," and noted the average temperature was 2.1 degrees above average.

Northwest Iowa led the state in expected corn planting back in May — 99 percent in the ground at a time when the state was averaging 97 percent. Gentry said that hasn't necessarily translated to a lead come harvest. He said producers are working hard and have made a significant amount of progress over the last week or so. But, overall, he said harvest progress is within its normal range this year. USDA data said producers had 62 percent of the corn crop and 88 percent of the soybean crop harvested at this time last year — stats no region in the state has hit yet — but all areas of the state are currently ahead of the five-year average by at least a few percentage points if not a sizeable margin.