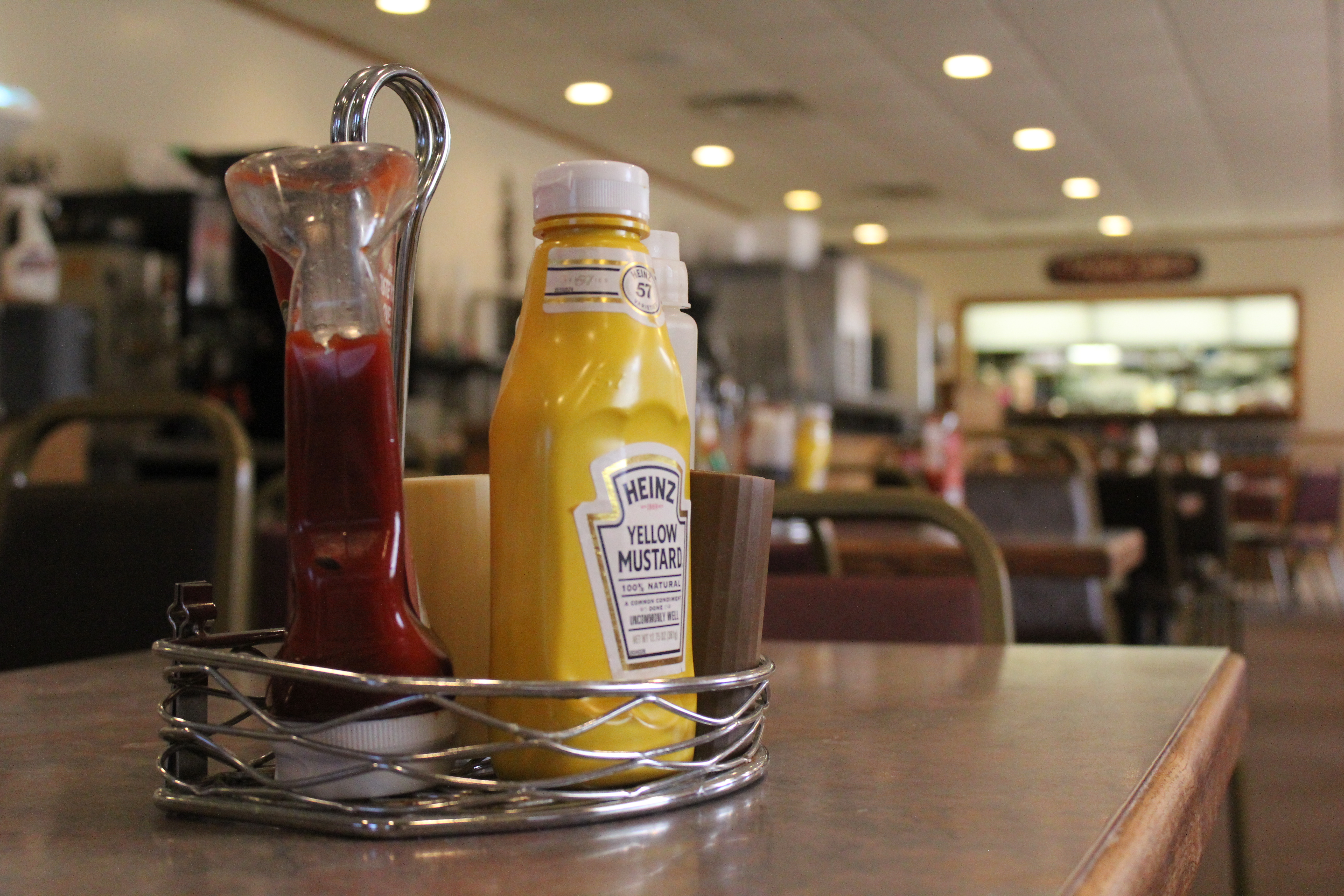 The Family Diner stood empty after serving its last customer May 14. The downtown staple is being revamped and it's new owners hope to open Toast on Hill in early October. (Photo by Seth Boyes)

Matt and Darlene Hall had decades of experience in food service before they started the Family Diner.

They purchased the building in October of 2004, and customers regularly flocked to the diner near the corner of Hill Avenue and 16th Street in Spirit Lake for breakfast. But the Halls eventually started looking to retire and hand off the keys to their downtown staple — the doors have been locked since the last customer left on May 14.

"We've done our time," Matt Hall said with a laugh. "It's time for somebody else who has more energy to take it over."

"They have a pretty good desire to get into the breakfast business," Hall said of the new owners.

The Family Diner space has been undergoing a number of improvements — some cosmetic and some more practical — since last month's sale. Johnson said he and Wikert hope to open their new business by early October under the name Toast on Hill.

"We're not going to rush this opening, because we want to do it right," Wikert said.

The building's exterior has been repainted, but plans also call for new flooring, updates to kitchen equipment and the addition of a full-service bar near the diner's service window. Johnson said they plan to reupholster the diner's well-loved booths and add a number of hightop tables for variety.

Johnson said he and Wikert's interest in the downtown diner came not from its location so much as its role in the local community — both of the owners reside in Spirit Lake.

"We know the importance of the diner to Spirit Lake and to the Lakes Area," Johnson said. "It was kind of a hidden gem and, when the opportunity presented itself and we discussed it, it was pretty hard to pass up. We would hate to see it turn into something else or maybe disappear forever."

Hall said he felt there's always a reciprocal relationship between the diner and the local community. The diner was known to support area causes, either by providing funds or food for events.

"We always tried to do our best for the local people, and they kind of would return the favor for us — help people find us and so forth," Hall said.

He went on to say downtown cafes such as his often become a community's meeting place, full of conversations with friends, neighbors and visitors.

"The Lakes Area is quite special, because we have such a broad spectrum of people that come here," Hall said. "It's been a kind of interesting part of our business — getting people from all over the world and country. It's nice to visit with them, and their point of view is quite unique sometimes."
Wikert said he and Johnson intend to honor the Halls' legacy in many ways through Toast on Hill.

The new business will still provide breakfast and lunch options as the diner did. Wikert said they've kept a number of Hall's recipes, such as his signature cinnamon rolls, savory sausage patties and a number of the popular omelet options.

Johnson said the new restaurant's menu may even include a section of "Family Diner classics." And Wikert says the menu items will still come with the diner's familiar heft.

"I always say there's one size, and that's full," Wikert said. "I always like big portions."

The new owners aim to make Toast on Hill's hours similar to those the Family Diner kept — approximately 6 a.m. to 2 p.m. They also hope to be open Sundays.
Wikert said all the former Family Diner employees have been offered the chance to return to Toast on Hill when it opens. He said a number of the employees are working at Nautical, Portside or Boardwalk in the meantime, and others are taking a well-deserved break between jobs.

"I want them all back," Wikert said. "Like I said, this is their place. They'll show us how to do it."

He said, if staffing allows, he and Johnson may consider expanding Toast on Hill's hours at some point in the future.